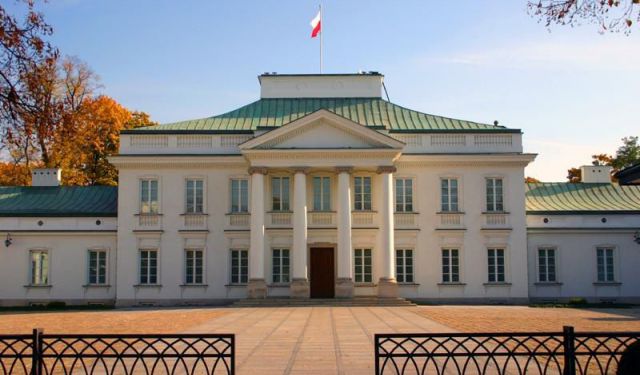 Soothe the soul with a relaxing sojourn in Łazienki Park, which can certainly stake a claim for being one of the most beautiful and enchanting city parks in Europe. This vast expanse of unspoiled nature encompasses lush lawns, hedges, thick shrubs, tree-lined winding paths and small summer palaces from times gone by.

Many in the city come here on the weekend for a traditional family stroll. The principal attraction is the lake, which is crossed by a footbridge at its narrow neck and also features the Palace on the Water. This royal residence was completed in 1683 and was originally a bathhouse. Appreciate the beauty of the stately façades and then venture inside to see the king's private and state rooms, ballroom, bathrooms and bedchambers. Other places of interest within the palace include a chapel, a portrait gallery and a rotunda gallery of Polish kings.

While enjoying your exquisite moments of relaxation in the park, go over to the Chopin Garden. This is one of the most popular spots and features a bronze statue of the composer seated under a willow tree. During the summer months, Chopin concerts are held in the park every weekend, a custom that has been going on for approximately 50 years.
Image Courtesy of Wikimedia and Marek and Ewa Wojciechowscy.
How it works: A discovery walk features a route using which you can explore a popular city neighborhood on your own. This walk, along with other self-guided walks in over 1,000 cities, can be found on the app "GPSmyCity: Walks in 1K+ Cities" which can be downloaded from iTunes App Store or Google Play to your mobile phone or tablet. The app's built-in GPS navigation functions allow following this walk route with ease. The app works both online and offline, so no data plan is needed when traveling abroad.

9) Palace on the Water