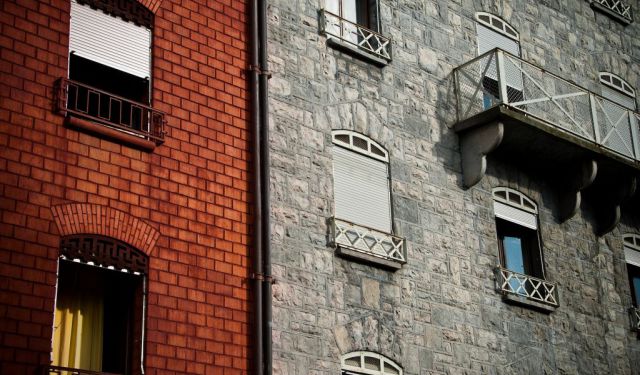 Image by Didier Baertschiger on Flickr under Creative Commons License.

Les Grottes is a popular quarter that dates back to the beginning of the 20th century, an area where many immigrants came to live, some of them political refugees from other parts of the world. Lenin is reputed to have been one of those who stayed here. Filling the narrow streets, leafy squares and courtyards is a diverse mix of housing, including historic buildings. The area is an example of sympathetic restoration where some of the properties have benefited from renovation projects, while others are in less salubrious states of repair. There are converted bars, renovated factories and turn of the century apartment buildings.

Today, Les Grottes hosts numerous artisanal businesses, including glassworkers, ironmongers, secondhand bookshops and poets and artists' studios. The quarter also features a clutch of edgy bars and clubs. Make a point of going over to the Schtroumpf Buildings (Schtroumpf is French for Smurfs, the little blue characters), which you can look over from the outside. Admire their form and architectural design elements. The flamboyant apartment blocks were constructed in the 1980s according to the architectural principles of the Catalan architect Antoni Gaudi. Therefore, they have no right angles. There are curved walls, lots of colors and not a single straight line.
How it works: A discovery walk features a route using which you can explore a popular city neighborhood on your own. This walk, along with other self-guided walks in over 1,000 cities, can be found on the app "GPSmyCity: Walks in 1K+ Cities" which can be downloaded from iTunes App Store or Google Play to your mobile phone or tablet. The app's built-in GPS navigation functions allow following this walk route with ease. The app works both online and offline, so no data plan is needed when traveling abroad.