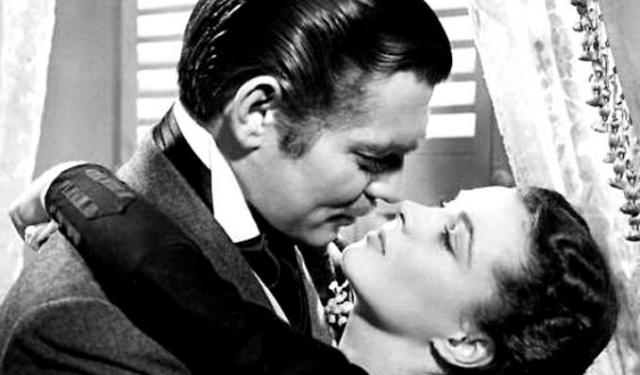 "Gone with the Wind" Walk (Self Guided), Atlanta

The first port of call for Gone With The Wind fans, thanks to its central location in Midtown, is the Margaret Mitchell House. “The Dump”, as Mitchell herself lovingly called her apartment on the ground floor of this redbrick house, today is a museum and the holy grail of all Gone With The Wind stops – because this is where it all started! The museum includes the restored rooms in which most of “Gone With The Wind” was penned.

The breathtaking Georgia Terrace Hotel. Here, Vivien Leigh, Clark Gable and Olivia de Havilland stayed while the film premiered in Atlanta. You can possibly sleep in the very same room as the movie stars once did. Beneath the grand staircase inside the hotel Margaret Mitchell also attended the after-party for the Gone With The Wind premiere.

While Atlanta Central Library itself isn’t the original Carnegie Library co-founded by Mitchell’s father, it does acknowledge the past establishment's connection to Gone With The Wind. Inside is a permanent Margaret Mitchell exhibit, featuring, among other essential artifacts, her Remington typewriter and the 1937 Pulitzer prize for Gone With The Wind.

The Oakland Cemetery, a historic oasis at the highest point of Atlanta, is an iconic and eerily pretty location for the burial spot of more than 3,000 Confederate soldiers and 16 Union soldiers, as well as for Margaret Mitchell herself, who was tragically killed by a speeding car while heading to the movies with her husband, John Marsh.

If you wish to follow in the footsteps of Atlanta’s most famous author, see the sites related to her life and otherwise explore the events, facts and fiction associated with Gone With The Wind, take this self-guided walking tour.
Image Courtesy of Wikimedia and Movie studio.
How it works: Download the app "GPSmyCity: Walks in 1K+ Cities" from iTunes App Store or Google Play to your mobile phone or tablet. The app turns your mobile device into a personal tour guide and its built-in GPS navigation functions guide you from one tour stop to next. The app works offline, so no data plan is needed when traveling abroad.

One could honestly stay in the Margaret Mitchell House for hours given the amount of experience, information, and context provided. From seeing what Atlanta was like back in the 1920s to insights into Margaret Mitchell's entire life; the hype around the casting and making of the "Gone With the Wind" movie – you will find it all here!

The "house" part itself is really just the first-floor apartment where Margaret and her husband lived (they did not actually occupy the whole space), which was recreated with 1930s decor. Although the artifacts were not owned by Margaret, the look and feel bring observers into the aesthetic of where she penned her famous novel. Midtown Atlanta might not have been the best area back then, hence she referred to the apartment as "The Dump", but you'll likely find it to be pleasant.

If you have time, be sure to head into the separate building across the backyard (covered in the price of admission) to watch part of the documentary on how the GWTW film was made, including the original casting footage with various Hollywood stars at the time. Another interesting section, packed with pictures, news reels, and newspaper articles, documents what it was like during the movie's 1939 premiere in Atlanta.

All in all, if you at all enjoy the "Gone With the Wind" book or film, then you should check this nice little gem out!

Tip:
Admission to the Atlanta History Center also includes tickets to the Margaret Mitchell House which you can use at any point during in the next 9 days. The visit to the house itself is greatly enhanced by a tour with a docent, which does not cost extra but is not always offered, so call ahead to make sure you can get on it. There are several exhibits inside house as well as a two-hour film on the making of "Gone with the Wind" in an attached building, so give yourself enough time.

The Georgian Terrace Hotel in Midtown Atlanta, part of the Fox Theatre Historic District, was designed by architect William Lee Stoddart in a Beaux-Arts style that was intended to evoke the architecture of Paris. The Georgian Terrace is a member of Historic Hotels of America, the official program of the National Trust for Historic Preservation.

The premiere of Gone with the Wind was in Atlanta in 1939. All of the stars and the Director of the movie (with the exception of Vivien Leigh and her lover at the time, Lawrence Olivier) stayed at the Georgian Terrace. The pre-premiere party was held at the hotel.

Contrary to popular belief, the premier showing of Gone With the Wind was not held at the Fox Theatre, but rather at Loew's Grand Theatre in downtown Atlanta. After the movie was screened there, its stars were ushered to the Georgian Terrace via a motorcade through a parade route on Peachtree Street.
Image Courtesy of Wikimedia and Daniel Mayer.
Sight description based on Wikipedia.
3

Completed in 1980, the Atlanta-Fulton Central Library building is the last creation of Bauhaus-movement architect Marcel Breuer. Designed in the brutalist style, it is largely praised as a "masterpiece" by architectural experts.

The library replaces the original Carnegie Library which was co-founded by Margaret Mitchell's father, and as such it acknowledges its predecessor's connection to Gone with the Wind. Here, in the Special Collections Department on the fifth floor, you will find the Margaret Mitchell permanent exhibit donated to the library in keeping with her own wish, as part of a bequest outlined in the will of her second husband, John Marsh.

On August 11, 1949, Margaret was struck by an automobile while walking to a movie theater along Peachtree Street. She died five days later. A week after the author's death, the staff of the Atlanta Public Library established a small memorial collection in her honor.

The collection features numerous items including Mitchell’s Remington typewriter (the one she used to write Gone With the Wind), her 1937 Pulitzer prize and American Book Award. Among other essential artifacts on display are Margaret’s library card, photos, various important editions of Gone With the Wind, pieces of ephemera, as well as her personal books and reference publications used to fact-check her novel.

Across the street there is a monument dedicated to Atlanta’s most famous writer.
Image Courtesy of Wikimedia and JJonahJackalope.
4

Oakland Cemetery is an excellent example of a Victorian-style cemetery and reflects the "garden cemetery" movement started and exemplified by Mount Auburn Cemetery in Massachusetts. The original 6 acres (24,000 m2) of Oakland remains one of the oldest historical plots of land in Atlanta, most of the rest of the city having been burned in 1864. Because of its age and location, the cemetery directly reflects the history and changing culture of the City of Atlanta and the significant events it has seen. Names of Atlanta streets, buildings, parks, subdivisions, and more can be found within the cemetery gates. An estimated 70,000 people are interred at Oakland, and while the last plots were sold in 1884, there are still regular burials today.

Among the many important personalities buried here are golfing legend Bobby Jones, Georgia governors and Margaret Mitchell Marsh, author of Gone with the Wind. In Margaret Mitchell's novel, Gone With The Wind, Oakland Cemetery is mentioned as the final resting place of Scarlett O'Hara's first husband, Charles Hamilton, and as the burial place of many Confederate soldiers who died during the Civil War.

The cemetery has an enchanting view of Downtown Atlanta and you can find a number of restaurants down the street.

Why You Should Visit:
One of the most interesting places to see in Atlanta, full of history and beauty and secrets and stories across its many sections.
Tours are inexpensive and led by intelligent guides who engage people in conversation, and give facts about the many people buried here.
The space itself is massive with many walking trails and lots of stately trees which cast a lot of shade throughout the property.

Tip:
Stop by the Visitor Center when you first arrive to get a few bottles of water and to find out about the guided and/or audio tour if you're so inclined.
The 'Capturing the Spirit of Oakland' Halloween tours occur over two weekends near the end of October and are sold out quickly each year.