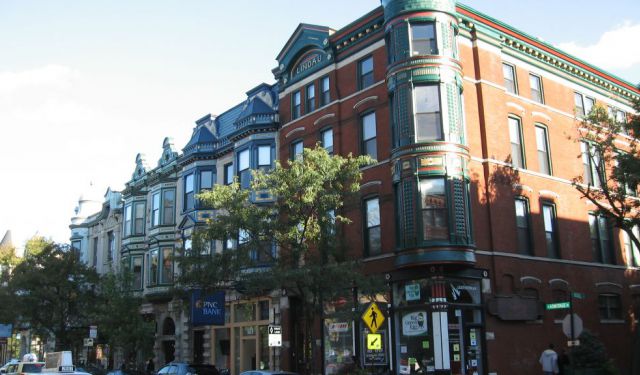 Image by Joseph Wingenfeld on Flickr under Creative Commons License.

Chill out in one of Chicago’s best-known neighborhoods, a highly coveted place to live. This is Lincoln Park, a stunningly beautiful part of the city with tree-lined parkways, delightful boutiques, historical brownstones and plenty of green space to spread out in.

Go for a stroll, laze in the grass and let the children have fun in the playground at Oz Park. This public park was founded in 1976 and named in honor of L. Frank Baum, a former Chicago resident and the author of The Wonderful Wizard of Oz.

To see some beautiful architecture amble down Fullerton Avenue. Many consider this to be the most beautiful street in the entire city for its old and attractive houses and large trees. In among the area’s grand old buildings are some gorgeous luxury high rises.

For trendy clothes shopping, visit the stores and boutiques on Armitage Avenue. In recent years this has become a prime shopping destination for well-heeled residents who have moved into the area.

At night, reserve a seat for a performance at the Biograph Theater. This former movie house is now an exciting live theater venue where you can watch plays and musical shows. You may even catch the world premiere of a brand new production.
How it works: A discovery walk features a route using which you can explore a popular city neighborhood on your own. This walk, along with other self-guided walks in over 1,000 cities, can be found on the app "GPSmyCity: Walks in 1K+ Cities" which can be downloaded from iTunes App Store or Google Play to your mobile phone or tablet. The app's built-in GPS navigation functions allow following this walk route with ease. The app works both online and offline, so no data plan is needed when traveling abroad.