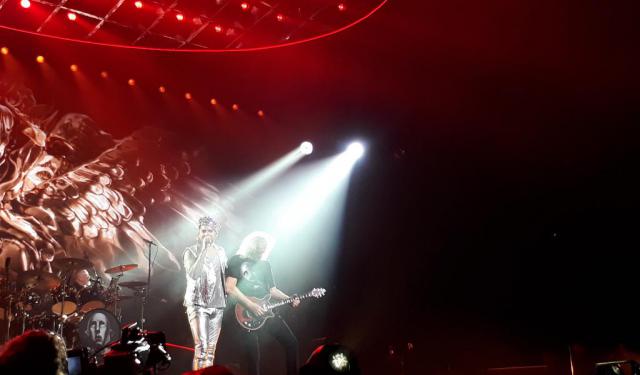 For decades, Glasgow has been renowned as a stomping ground for both young and seasoned music bands. The variety of spots – from snug, unpretentious cubbyholes catering for small intimate gigs to huge arenas hosting the biggest names in business – are as an integral part of Glasgow's evolutionizing music scene as its musicians. And while Glaswegian accents have dominated international music halls, the city itself has turned into a melodious smorgasbord.

Here are some of Glasgow's top music haunts:

Barrowland Ballroom – a dance hall set in a delightfully aged building whose spark, accentuated now only by the famous, neon, star-clad sign, has never been extinguished since opening in 1934.

Old Fruitmarket – a legendary location for jazz, ceilidhs, rock, pop and other music, renowned for its enormous capacity and amazing acoustics; attached to the City Halls, was once a market filled with fruit until around the 1970s.

Mono Cafe Bar – a unique alternative to the usual music/food venue; hosts an independent record shop sporting all the good stuff, from vinyl records to CDs.

Glasgow Royal Concert Hall – a cracking, hi-tech home base of the Royal Scottish National Orchestra; also a playground for other genres like country, jazz, pop, and rock.

King Tut’s Wah Wah Hut Bar – named after the original King Tut's in NYC; a mandatory musical pilgrimage site well-known as a launch pad for some big name bands in the early days of their career.

The Garage – Scotland's largest nightclub; primarily known as a stepping-stone for bands attempting to make their way to the top.

If you take interest in the spots where music legends were formed and continue to be created, embark on this self-guided walking journey!
Image Courtesy of Flickr and Iain Cameron.
How it works: Download the app "GPSmyCity: Walks in 1K+ Cities" from iTunes App Store or Google Play to your mobile phone or tablet. The app turns your mobile device into a personal tour guide and its built-in GPS navigation functions guide you from one tour stop to next. The app works offline, so no data plan is needed when traveling abroad.

Aka the Barrowlands, it is a dance hall and large music venue in Glasgow. It was built in 1934 by Maggie McIver aka the "Barras Queen". The name Barrowland is from the Glasgow Barrowland market. The building does have street-level halls used as markets. There is a large hall above. The ballroom has a capacity of 1,900 standing.

The ballroom is known for acoustics, and for its sprung dance floor. Barrowlands 2 is part of the Barrowlands Ballroom. It is used as a bar and as a venue for smaller events.

Barrowlands has been the locale for several movies and TV shows. Films in which it was used include The Legend of Barry Thomson, God Help The Girl, and The Field of Blood, a British crime TV series.

The Fruitmarket has no fruit but it does have enormous capacity. It holds 1,525 people standing and 450 cabaret style, or 600 theatre style with 300 standing. There are bars within the venue and cafes outside.

There is one common entrance for both the Fruitmarket and City Halls. The old signs of the fruit merchants have been refurbished and hung about the hall. City Halls includes the Grand Hall, a 1,036 performance space since 1841. It is Glasgow's oldest dedicated performance and meeting space and home to BBC's Scottish Symphony Orchestra.

Go through the doors of a civic center, then through another door. You are in an old wooden hall with empty fruit market stalls and amazing acoustics. Spoiler alert: there are no seats. You must stand, mostly. It's an adventure.

Image Courtesy of Flickr and Cartridge Save A Day...
3

Vegan and vegetarian food, drinks, including beers, and new exciting music. Mono opened in 2002 and since then has provided Glasgow with a unique alternative to the usual music/food venue. The space is shared with Monorail Music which delivers daytime music.

Mono hosts both local an international bands, exhibitions, book readings, performance art, and workshops. All Mono events are in an ethical and community based milieu. It is fully accessible to handicapped visitors at street level. Monorail Music has a wide range of contemporary CDs and a large collection of vinyl.

Mono can be found at 10-12 King's Court, King Street Glasgow. Mono cafe bar and all the other venues aim to come back.
Image Courtesy of Flickr and Adam Bruderer.
4

Longing to listen to some really good music or take in a ballet while you are in Glasgow? Then book your seats at the Glasgow Royal Concert Hall, which stands on the junction of Buchannan and Sauchiehall Streets.

The hall was designed by Sir Leslie Martin and it opened its doors in 1990. It has many different concert rooms: the Main Auditorium is huge and seats 2475 concert-goers. A rubber skin sound-proofing system was built into the floor to keep out the noise from the underground train system that passes under the building.

The Strathclyde Suite seats 500; the Lomond Foyer, the Clyde Foyer and the Exhibition Hall each have seats for 300 people, while the Buchannan Suite holds 150. There is a VIP Room, a gift shop, five bars, the Encore Café, and the Green Room Restaurant, so you will have plenty to occupy you while waiting for the show to begin.

Although the hall is the home of the Royal Scottish National Orchestra, it also puts on a variety of other music, including country, jazz, pop, and rock concerts. It also hosts ballets, opera, musical comedies, as well as non-musical events such as the Miss Scotland finals.

Why You Should Visit:
Best acoustic settings in Glasgow if not the UK – even drab gigs sound amazing!
Also remarkably intimate for its size.

Tip:
If you are visiting in January/February time be sure to check out the Celtic Connections music festival which showcases Scottish and Irish music.
Image Courtesy of Flickr and Reading Tom.
5

King Tut's got its name from the original King Tut's in New York City. The New York Tut's operated in the eighties and nineties on Avenue A on Manhattan's Lower East Side. It was a club and theater space and experimental venue. Glasgow's King Tut is a live music venue and bar. It carries on like the NY club but also in its own way.

It was started in the old Saints and Sinners club on St.Vincent Street in Glasgow. The spark plug for this venture was Stuart Clumpas of DF Concerts fame. Clumpas wanted to have a platform for bands at the club level. He wanted to hold gigs seven days a week at earlier hours. It was impossible to find venues like that at the time in the city.

The club went open in 1990. It is known for backing bands new to Glasgow and Scotland. The Verve, Radiohead and Oasis have played at the venue in two week stands. The success and good name of King Tut's is based on their consistent backing of new talent.
Image Courtesy of Wikimedia and Stuart1000.
6

In business for 15 years, this nightclub is one of the top in the city. Many renowned bands and DJs love to play here.

The Garage (formerly known as The Mayfair) is Scotland's largest nightclub. The main hall was the first Locarno ballroom in the UK, although it has since been remodelled by the addition of an extension to the mezzanine level.

The Garage is made up of various rooms which play different genres of music which are all accessed under one roof. The Main hall, the biggest room, plays chart and remixes, G2 plays RnB hits, Desperados bar plays cheesy and nostalgia while the final room The Attic plays indie and rock. There is also a shot and cocktail bar at the back of Desperados bar.

However, only certain rooms are open on different nights of the week. On Friday and Saturday nights the full club is open but on quieter nights through the week only one or two rooms are usually open unless there's a special event.

The main entrance has the cab of a tractor projecting out over the doors to the venue. As a gig venue, it is primarily known as a stepping-stone for bands which are attempting to make their way to the top, which was very similar to the now incinerated O2 ABC Glasgow. The Garage also has rooms available to be hired for public events, Band Room, Lounge, Balcony, Cocktail Bar, Attic and G2. They can cater for over 300 people or provide smaller, exclusive rooms for private parties.
Image Courtesy of Wikimedia and Aniallator19.
Sight description based on Wikipedia.