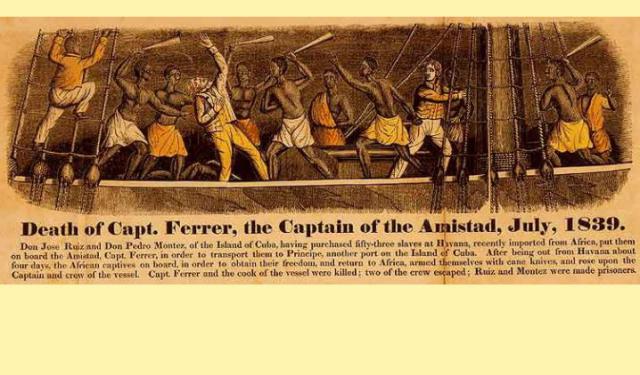 Image by John Phelan on Wikimedia under Creative Commons License.

Yale University is one of the world's most significant educational institutions. As Yale's campus is rich in architectural splendors, there's a beauty of structures not only on the territory of the campus. Come and continue your trip on the grounds of the extraordinary campus and its surroundings founded in 1701.
How it works: Download the app "GPSmyCity: Walks in 1K+ Cities" from iTunes App Store or Google Play to your mobile phone or tablet. The app turns your mobile device into a personal tour guide and its built-in GPS navigation functions guide you from one tour stop to next. The app works offline, so no data plan is needed when traveling abroad.

Welch Hall is a freshman dormitory at Yale University. The building is located on Yale University's Old Campus. Pierce N. Welch, an 1862 graduate of Yale College, Mrs. Cora Van Milligan, and Mrs. Grace M. Davies, heirs of Harmanus M. Welch, mayor of New Haven from 1860 to 1863, donated the building to Yale in 1891 in accordance with their father's wishes.

The architect Bruce Price designed the building. Welch Hall faces College Street and the New Haven Green on one side and the interior of Yale's Old Campus on the other. Carved above the first-floor windows at both ends of the College Street façade is the inscription AD 1891. The dormitory is Victorian English Collegiate in style and built of Longmeadow freestone. The building has been altered and renovated several times. The first floor, converted in 1938 for the Office of Admissions and the Freshman Year, was restored to use as a dormitory in 1962 and 1964. In 1976, the building underwent a major renovation led by architect Herbert S. Newman and funded by John Hay Whitney, a 1926 graduate of Yale College.

Welch Hall is currently occupied by Davenport College freshmen. It is considered among Yale students to be one of the more desirable freshman residence halls because it has many single bedrooms, large common rooms, and internal emergency exit doors without alarms, allowing residents to move freely between different parts of the building without having to go outside or through the basement.

Image by Jeffrey Collins on Flickr under Creative Commons License.
Sight description based on wikipedia
2

Battell Chapel at Yale University was built in 1874-76 as a Civil War memorial, with funds donated by Joseph Battell and others of his family. The chapel was designed by Russell Sturgis, Jr. in High Victorian Gothic style of rough brown sandstone. It was the third of Yale's chapels and is the largest on-campus house of worship.

The Apse Memorial Windows were designed by the architect Russell Sturgis and installed by Slack, Booth & Co. of Orange, New Jersey in 1876. At the top of the center window appears the name of an early benefactor of Yale University, Elihu Yale. The chapel was built to provide space for daily chapel, which was mandatory at Yale for students until 1926. Built together with Durfee and Farnam Halls at the corner of College and Elm Streets, the chapel was also part of an ongoing program to build up the perimeter of Old Campus and separate it from the rest of the city. The Battell Chapel clock, with chimes consisting of five large bells that rang at each quarter hour, was at one time the clock to which others at Yale was synchronized; however, the chimes have been silent for years.

Image by unknown on Wikimedia under Creative Commons License.
Sight description based on wikipedia
3

Durfee Hall is the second oldest dormitory on the Old Campus of Yale. The structure was built in 1871, according to the design of Russell Sturgis, Jr. Durfee Hall's exterior design features sand- and bluestone. The Victorian Gothic style exposes richly decorated turrets, gables and brick chimneys. The hall's interior features walls with wood panels and twelve-foot ceilings. As it is one of the oldest residential buildings of Yale, the edifice has recently undergone renovations.
Image by Manuel Hurtado on Flickr under Creative Commons License.
4

Calhoun College is one of the residential colleges of Yale University. It came into existence in 1641 as the farm of John Brockston. The Calhoun College has an aggressive appearance due to its sharp roof design. The building is a sand bricks structure and has a very rich history. Some time after 1641, Calhoun College served as a home for the meetings of the Phi Beta Kappa Society. In 1863, the place became the property of Yale's divinity school for eleven years. Only in 1933, with the institution of the new college system, did Calhoun College commence its official existence.
Image by GK tramrunner229 on Wikimedia under Creative Commons License.
5

Silliman College is a residential college at Yale University. It opened in September 1940 as the last of the original ten residential colleges, and includes buildings that were constructed as early as 1901. It is the largest college in terms of area, consisting of a full city block in New Haven, bordered by College, Wall, Grove and Temple Streets.

The older, Indiana limestone part of the college, consists of the Vanderbilt-Sheffield dormitories and Byers Hall, both originally part of the Sheffield Scientific School. The Van-Sheff portion of Silliman was built between 1903 and 1906 by architect Charles C. Haight in the Collegiate Gothic style. Byers Hall was built in 1903 and was designed by Hiss and Weekes architects in the modified French Renaissance Style.

The newer, Georgian brick portion of the college, which includes most of the core facilities and the Master's house, was completed in 1940 when the college was opened. Architect Eggers & Higgins designed this part of the college.

Due to Silliman's size, the college is able to house its freshmen in the college instead of on Yale's Old Campus, allowing first year students to immediately become immersed in the vibrant student life in Silliman. The College has links to Harvard's Pforzheimer House and Dudley House, as well as Trinity College, Cambridge and Brasenose College, Oxford. Its rival college at Yale is Timothy Dwight College, located directly across Temple Street.
Image by Ragesoss on Wikimedia under Creative Commons License.
Sight description based on wikipedia
6

Woolsey Hall is the primary auditorium at Yale University. Woolsey Hall, which seats 2,695 people, was built as part of a complex, including the Memorial Rotunda and the University Commons, for the Yale bicentennial celebration in 1901. The architects were Carrère and Hastings, designers of the New York Public Library.

The ornately decorated hall is home to the Newberry Memorial Organ, one of the most renowned orchestral organs in North America. Woolsey Hall's murals represent the ideal of a classical education and include images on the nine muses and the goddess Athena. They reflect the age when Yale was an all-male college. The Hall is entered via the Memorial Rotunda, a vestibule containing memorials to sons of Yale who lost their lives in the World Wars. The hall's lack of draperies, carpeting and upholstered seats all contribute to its superior acoustics for musical performance, though the acoustics work far more in favor of the organ than for other sounds. Woolsey Hall predates any major studies within the field of acoustics, so aside from its large size, rectangular shape, hard surfaces and high vaulted ceiling, it has no peculiar architectural properties that contribute positively to its sound.
Image by Poldavo (Alex) on Flickr under Creative Commons License.
Sight description based on wikipedia
7

The Osborn Memorial Laboratories were built in 1913 as the home for biology at Yale University. In the past, they contained both zoology and botany, in the two wings on Sachem Street and Prospect Street. They sit at the base of Sachem's Woods: the original site of Highwood, the mansion of James Abraham Hillhouse.

The building was designed by the architect Charles C. Haight, who also designed buildings of the original Columbia University campus on the current site of Rockefeller Center. Osborn Memorial Laboratories is an entirely masonry structure, down to the sub-basement of unfinished brickwork. Its main arch was once a covered entry for carriages. It contained a library over that same arch, with a faux sky ceiling, now a conference room, and a series of laboratories. The laboratories and offices have been reconfigured many times.

Now the first floor and basements are set aside for teaching, the second, third and fourth for research, and the fifth for special facilities on the Sachem Wing, laboratories on the Prospect Wing (where once there was a herbarium). The towers are no longer actively occupied.

Work in these laboratories includes that of Joshua Lederberg, G. Evelyn Hutchinson, and others. The main department in the building is now the Yale Department of Ecology and Evolutionary Biology.
Image by Sage Ross on Wikimedia under Creative Commons License.
Sight description based on wikipedia
8

Marsh Hall, formally known as Othniel C. Marsh House, is a historic house at 360 Prospect Street on Prospect Hill. The property, which includes the house and a 6.8 acres (2.8 ha) area, was declared a National Historic Landmark in 1965. The four-story brownstone house was built in 1878. It was designed by J. Cleaveland Cady as the residence of Yale professor and paleontologist Othniel Marsh. Marsh left his estate to the university in 1899. The house and surrounding gardens were the first facilities of the Yale School of Forestry. The grounds are known as Marsh Botanical Garden.

Marsh Hall currently houses offices of the Yale School of Forestry and Environmental Studies, including the "Global Institute of Sustainable Forestry".
Image by Daderot on Wikimedia under Creative Commons License.
Sight description based on wikipedia