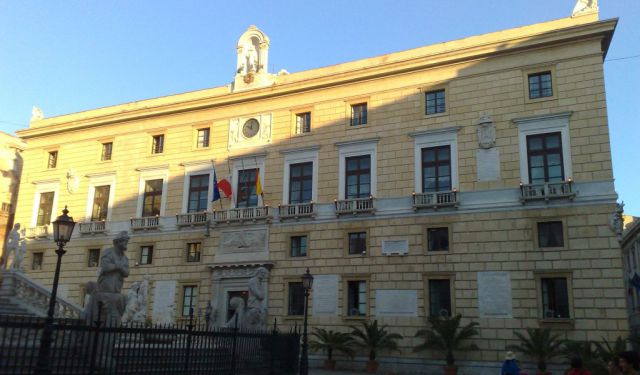 Palaces of Palermo (Self Guided), Palermo

For centuries, Sicilian capital Palermo has been a focal point for the construction of noble dwellings and palaces. The latter were and still are a fine manifestation of the historical life in the region. They are a few hundred of them still in place, ranging chronologically from the medieval period to the first decades of the 20th century, and comprising an impressive collection of architectural styles: Arab-Norman, Gothic-Catalan, Renaissance, Baroque, Rococo, Neoclassical, Neo-Gothic, Eclectic, Art Nouveau, Rationalist, etc.

Some of these buildings, whilst historical and architectural wonders as such, listed by UNESCO as World Heritage, are still private residences. Others have become museums or places of public gatherings and art, or municipal headquarters. Nonetheless, the story of each of them is a terrific visual behind Palermo's rich cultural past – an urban melting pot, quite diverse and often conflicting.

Here are some of the palatial wonders of Palermo, sumptuous and opulent, full of works of art and testimonies of important cultural value, fit to leave anyone impressed:

Palazzo Arcivescovile – a 15th-century Archbishop's Palace; home to the Diocesan Museum of Palermo;

Palazzo delle Aquile (Palace of the Eagles) – seat of the Mayor and other municipal offices; built between 1463 and 1478;

Palazzo Mirto (Mirto Palace) – the fabulous former property of the Filangieri, one of the most important Norman families; lavishly furnished with Murano chandeliers, porcelain, tapestries, majolica and more;

For a closer acquaintance with these and other of palaces of Palermo ready to share their intriguing stories, embark on this self-guided walk.
Image Courtesy of Wikimedia and Dedda71.
How it works: Download the app "GPSmyCity: Walks in 1K+ Cities" from iTunes App Store or Google Play to your mobile phone or tablet. The app turns your mobile device into a personal tour guide and its built-in GPS navigation functions guide you from one tour stop to next. The app works offline, so no data plan is needed when traveling abroad.

Sicily is a reef of survival in all the tsunamis of war and invasions that have washed over the island since ancient times. Successive invasions have ebbed away, leaving behind architecture, culture and DNA.

In the ninth century, on the highest point in the center of the old city, on top of Punic ruins, the Emir of Palermo built his Castle. Pieces of the Punic settlement and the Arab castle can be found under the foundations of the Norman Palace.

The Normans conquered Sicily in 1072, shortly after they had vanquished Saxon England. They established the County of Sicily with Palermo as the capital. They then gave the castle a complete do-over. It was to be the Royal Residence of the Norman kings.

The palace became a complex of buildings connected by arcades. The compound was established as a residence and administrative center wrapped in gardens. In 1132 King Roger II added the fabulous Palatine Chapel, the crown jewel of the Palace. It was consecrated in 1140. He wanted a family chapel.

In reality, the chapel is a three-story basilica. Dedicated to Saint Paul, it is a splendid example of the Arab-Norman-Byzantine architectural styles of 12th century Sicily. The dome, transept and apse are covered with Byzantine mosaics portraying "Christ Pantocrator", the Evangelists and scenes from the bible.

The Maqueda Courtyard and the Courtyard of the Fountain within the Palace are courtyards with three levels of Renaissance loggias and staircases. Of the original four towers, only two, the Pisan Tower and the Treasure Tower, remain.

The Palace is located at the Parlemento Square. The visitor entrance is at the Independence Square.

Why you should visit
If you take in nothing else in Palermo, this is a must. Everything Sicilian is here, past and future.


Image Courtesy of Wikimedia and Archeologo.
2

The Archbishop's Palace was commissioned by Archbishop Beccadelli Simone di Bologna and built in the 15th century. The palace is attached to the cathedral by an arch and an ostentatious Gothic tower. Throughout the centuries, the palace has housed various archbishops.

Today, the palace is home to the Diocesan Museum of Palermo. The museum is housed in 15 rooms and features a variety of religious art.

Visitors will find an 1171 Madonna of the Pearl from Santa Maria del Cancelliere church in Room II. This room also holds various 13th and 14th-century artworks.

In Room VII, visitors will find 15th-century sculptures, such as the marble Madonna by artist Domenico Gagini.

Construction on Palazzo Asmundo began in 1615 and wasn't completed until 1767. The palace has belonged to several different families over the centuries. The Joppolo family sheltered Maria Cristina in the palace. Maria Cristina, daughter of Ferdinand III of Sicily, sought refuge here together with her husband Carlo, Duke of Genoa and Sardinia. Today, a plaque commemorates this event.

Another plaque commemorates the births of painter Anna Turrisi Colonna and her sister Giuseppina in 1821 and 1822.

Today, the palace is home to a museum that features several collections and exhibits. For example, visitors will find a collection of 19th-century porcelain. Visitors will also find a variety of weapons on display and can admire a collection of military postcards. Another exhibit focuses on geographical maps dating from the 16th to the 19th century.

A collection of seals is also on display. Heraldic seals have been used for millennia to identify individuals and families. In addition, these seals were used to authenticate a letter. The earliest seals on display are from the 17th century.

In the courtyard, visitors will see a unique collection of horse-drawn carriages and sedan chairs.

The palace has a small cafe so guests can relax and enjoy the beautiful surroundings.
Image Courtesy of Wikimedia and Josephcent.
4

The Palace of the Eagles is also known as the Praetorian Palace. It houses the mayor's offices and the municipality offices. The palace was built between 1463 and 1478. In 1553, the facade was renovated, and the palace was expanded. Additional renovations took place in the 1600s and 1800s. As a result, the palace now has a Renaissance-Revival-Neoclassical style.

Above the main entrance door, visitors will find a wonderful marble relief depicting an eagle. On the main facade's cornice, visitors will notice the statue of Saint Rosalia.

Carlo d'Aprile crafted this impressive statue in 1661. The clock under the statue came from Paris in 1864 and is flanked by lions. The facade also features four angels decorated with four eagles.

The ornate Baroque portal on the ground floor was built in 1691. Several of Napoleon's weapons are on display. In addition, the entire palace is filled with elaborate frescoes, reliefs, and intricately painted ceilings.
Image Courtesy of Wikimedia and Dedda71.
5

The Palazzo Mirto dates back to the 17th century. The Filangeri family owned the palace for over 400 years before donating it to the city in 1982. This fabulous palace features original artwork and gives visitors insights into the lives of a wealthy Palermo family. The Filangeri family were part of the Sicilian nobility, and the palace represents an extravagant lifestyle from the past.

The 21 rooms all feature original furnishings. Visitors can admire the swaths of velvet and silk wallpaper that cover the walls. Decorations include frescoes, tapestries, and chandeliers. In addition, the floors are covered in majolica tiles, mosaics, and colored marble.

Visitors will enjoy the ballroom, enormous library, and the Chinese Salon. The Chinese Salon has silk wallpaper and black lacquer. In addition, a ceiling painting features European artists looking down at the room. The Smoking Salon's walls are decorated with colorful Cordovan leather. The Lounge of Diana features a swiveling Apollo statue that leads to a hidden passage.

A terrace on the second floor features an enclosed garden. The palace has English tour booklets available.
Image Courtesy of Wikimedia and magalibobois.
6

Construction on Palazzo Chiaramonte-Steri was completed in the 14th century. It was the home of Manfredi III Chiaramonte, a powerful Sicilian lord. He commissioned the Grand Hall with its impressive painted wooden ceiling. The palace's architectural style is known as Chiaramonte Gothic, which has also been described as Romanesque-Gothic.

In 1392, Andrea Chiaramonte was executed, and the family was disgraced. In the early 1500s, the palace housed Siciliy's Aragonese-Spanish viceroys.

Charles V, the Holy Roman Emperor and King of Sicily, ceded the Maltese Islands to the Order of the Hospital from here in 1530. After that, the palace housed the Royal Customs.

From 1600 to 1782, the Holy Inquisition was held in the palace. The palace is now a museum, and guests can see the paintings and inscriptions that prisoners left on cell walls. In addition, the museum houses the famous Vucciria painting by Guttuso.
Image Courtesy of Wikimedia and Palickap.
7

Palazzo Butera is an impressive waterside palace. Girolamo Branciforti commissioned the home in 1701. The palace welcomed Charles de Bourbon, who was crowned King of Sicily in Palmero in 1735. The terrace was built in 1750. In 1760 the Prince of Butera bought the palace next door and joined them. This addition doubles the size of the palace. The entire palace was renovated and Gioacchino Martorana and Gaspare Fumagalli painted beautiful ceiling frescoes.

In 2016, Francesa and Massimo Valsecchi bought the palace and have been restoring it. Today, it is a museum. The rooms feature ceiling paintings, frescoes, and artworks from throughout the centuries.

The Valsecchi's are moving their art collection from England to display it in the Palazzo Butera. Visitors can tour the palace, see exhibitions, and explore the courtyards and the terrace.
Image Courtesy of Flickr and Carlo Columba.