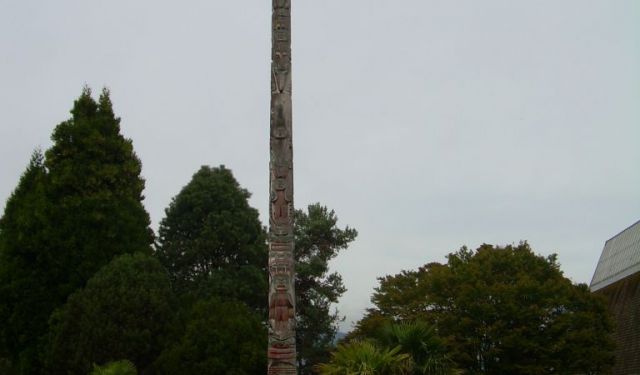 Kitsilano is one of Vancouver’s most scenic and desirable neighbourhoods. It is bordered by ocean and beaches with spectacular city views. This tour will begin at the entrance of Kitsilano in Vanier Park and continue on to include some of Vancouver's premier attractions.
This article is featured in the app "GPSmyCity: Walks in 1K+ Cities" on iTunes App Store and Google Play. You can download the app to your mobile device to read the article offline and create a self-guided walking tour to visit the attractions featured in this article. The app turns your mobile device into a personal tour guide and it works offline, so no data plan is needed when traveling abroad.

Create Your Own Self-Guided Walks in Vancouver
Guide Name: Kitsilano
Guide Location: Canada » Vancouver
Guide Type: Self-guided Walking Tour (Article (A))
# of Attractions: 7
Tour Duration: 4.0 Hour(s)
Travel Distance: 2.3 Km or 1.4 Miles
Author: Susan Carr
Author Bio: Susan Carr is a freelance writer living in British Columbia. Susan is a member of the Federation of BC Writers and the Professional Writers of Canada. Susan has a certificate in tourism for the province of BC.
Sight(s) Featured in This Guide:
1

Vanier Park is named after former Governor General of Canada, George Vanier. Originally, this site was a Royal Canadian Air Force supply depot but was opened as a park in 1967. Today, it is one of Vancouver’s most well-known and most visited parks. Each summer (June to September) Vanier Park plays host to “Bard on the Beach”, a Shakespeare Festival in which plays are enacted inside large white and red tents. With a background of beach, water and mountains, as well as wine-tasting events and fireworks, this location virtually lights up “Kitsilano”. But if you are not fortunate enough to be here during the summer months, the park is well-known as a great location for flying kites or just for a leisurely stroll at any time. This park is your first stop but it is right next to three of Vancouver’s premier attractions. You can purchase an “Explore” pass for admittance into all three sites.
Image Courtesy of Kyle Pearce.
2

The major exhibit in the Vancouver Maritime Museum is the St. Roch, a vessel built in 1928 in Vancouver for the Royal Canadian Mounted Police for patrol of detachments in the western Arctic. During World War II, the Canadian government dispatched the St. Roch to establish “Canadian sovereignty” in the Arctic. It set sail from Vancouver to Halifax by way of the Northwest Passage, a trip that took 28 months. The St. Roch ultimately became the first ship to sail the Northwest Passage in both directions. King George VI awarded the crews of the ship with the Polar Medal for their contributions to Arctic exploration. Notably, the St. Roch is the first ship to circumnavigate North America. The ship was declared a National Historic Site in 1962 and was returned home to Vancouver. Although the St. Roch is the highlight of the museum, it has a number of very interesting areas to explore, such as the TK Gallery, Claridge Gallery, lighthouses and shipwrecks, tugboats and model workshop just to name a few. Of special interest is an interactive area just for kids, Children’s Maritime Discovery Center, which includes a “Pirate’s Cove”.
3

The H.R. MacMillan Space Center was a gift to Vancouver in 1968 from lumber magnate and philanthropist H. R. MacMillan. Specifically, the center is designed for the children of Vancouver, and provides an educational and entertaining resource in which to learn about space, space travel and the cosmos. The shape of the building is not that of a spaceship, which most would believe, but rather that of a hat worn by the Haida First Nations people. Since the opening of the Planetarium, additional features have been added such as the Ground Station Canada theatre and a small museum area called the Cosmic Courtyard. There are a number of shows per day and all are educational and entertaining for kids and adults alike. The Gordon MacMillan Southam Observatory, next door to the space center, includes a ½ meter Cassegrain telescope through which you can view Vancouver’s clear night sky.
4

The Museum of Vancouver is located in the same building as the H.R. MacMillan Space Center. This is the largest civic museum in Canada with a collection that includes over 100,000 objects from First Nations Coast to Salish Cultural to an Egyptian mummy exhibit. The focus of the museum is the story of Vancouver, with a broad range of disciplines used to interpret the subject beginning with the material culture of the city. Along with the relevancy of history, the museum is dedicated to linking the past with the present. The exhibit rooms feature displays, both interactive and otherwise, with collections and keepsakes of every description. The museum is divided into a number of different galleries such as The First Nations Gallery, The Early Years Gallery, Where 2 Worlds Meet and Gateway to the Pacific. Visitors are able to touch and feel some displays. The floor in the Gateway to the Pacific Exhibit is a black and white reproduction map of the streets of Vancouver. Museum exhibits change several times a year and offer several interesting themes, such as “Local Sustainable Food”.
5

Kitsilano Beach, known locally as “Kits beach” is in an old and distinguished area of Vancouver. The name “Kitsilano” is derived from the name of a Squamish Indian Chief, since this area was originally inhabited by the Squamish First Nations People. In the 1960’s the area attracted “hippies” from the United States and across Canada since it was relatively inexpensive and in close proximity to parks, beaches and the downtown core, not to mention that it was also a great place to hold a “love in”. Greenpeace was founded in Kitsilano and it has some very famous residents such as environmentalist, David Suzuki, Canadian hockey player, Trevor Linden, American hockey player Ryan Kessler, actor Jason Priestley, 90210, and even New Moon actress, Twilight Saga, Tinsel Korey. Situated on the beach is the Kitsilano Showboat, an open-air amphitheatre that has been operating since 1935 hosting free performances which include local bands, dance groups, and amateur talent. Kitsilano Beach Pool is in this location and the beach is a part of Vancouver’s seawall walking system. While Vancouver is not necessarily known for its beaches, there are nevertheless several kilometers (miles) of pristine, sandy beaches. There are also many interesting species of trees in Kitsilano, and you can pick up a walking map specifically designed to help you identify them.
6

After a walk along the beach we will come to one of Vancouver’s favourite restaurants – The Boathouse. The Boathouse is “always” situated on water and “always” specializes in fresh fish. The Boathouse at Kitsilano is no exception to this rule. But if fish is not to your taste, the Boathouse also specializes in “certified Angus Beef” premium cuts that are grilled to perfection. The Boathouse is home to a “buck a shuck Oysters” and offers the “World’s Best Fish and Chips”. “Appy” hour is a daily occurrence between the hours of 3PM – 6PM. The Boathouse prides itself on being a committed community team player. In the past few years, they have partnered with the Pacific Salmon Foundation to prove this commitment. The Pacific Salmon Foundation is an organization dedicated to salmon conservation in BC and the Yukon with a mission to “help conserve and restore salmon”. The Boathouse is a wonderful place to stop and enjoy the scenery and of course, the food.
7

The Local Public Eatery is just that, a local eatery close to Kitislano Beach. In light of this close proximity, the Local Public Eatery is a fun place to stop and have a cold beer or cocktail in a warm and inviting atmosphere which includes wall to wall TVs. But if TV is not what you are looking for you can sit outside on the heated patio deck, and if it is cold, raining or snowing, you will be offered your very own blanket to keep you warm. The dishware used at the Eatery is quite unique, since you could receive your fries in a sand bucket and your cocktail in a boot. Water is served in an old-fashioned milk bottle. This is also a dog-friendly restaurant. There is a corner called the “Pooch Pound” just for Fido. The restaurant offers a variety of starters, sandwiches, burgers and fries, seasonal fish, desserts, and late night “cheap eats”. The food in all categories is fresh, homemade and flavorful.

Although this tour has ended, you can return to Kitsilano Beach and the seawall walkway that continues for several more kilometers of spectacular water and city views.