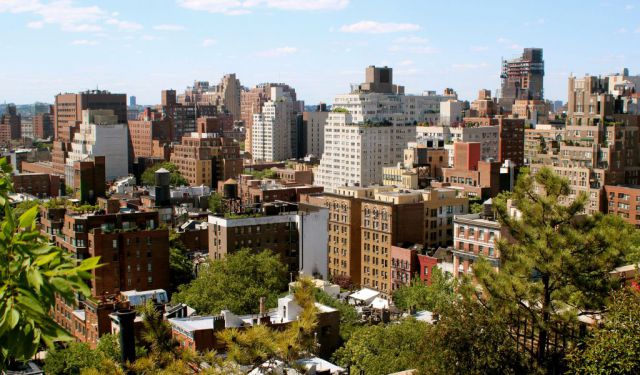 Image by Boss Tweed on Flickr under Creative Commons License.

Greenwich Village's leafy streets have long been a cool bohemian hangout. For nearly 100 years, artistic and creative types have flocked to the area. Today, the village, as it is sometimes referred to locally, is one of the most expensive and exclusive neighborhoods in the Big Apple.

There is lots of great shopping here and one of the best new streets for fashionable finds is the bohemian Bleecker Street. In addition to the small independent boutiques, you will find several big name fashion brands here, including Burberry, Ralph Lauren, Michel Kors, MAC and Voltaire. Come back to the street at night, the lower section of which is one of the liveliest spots in the city with its mix of bars, nightclubs and comedy clubs.

Another locale to put on your to-do list is MacDougal Street. This is one of the oldest places in Manhattan and is where Eleanor Roosevelt used to live. The street lies in the heart of Greenwich Village, and part of its charm and allure lie in its historic buildings and café and restaurant façades that haven't changed for years. A very famous café on the street is Caffee Reggio, which claims to have been the first café in the United States to serve Cappuccino.

Nearby is Washington Square Park, a popular meeting place for locals and where you can walk under the magnificent 19th-century marble triumphal arch and relax by the large fountain.
How it works: A discovery walk features a route using which you can explore a popular city neighborhood on your own. This walk, along with other self-guided walks in over 1,000 cities, can be found on the app "GPSmyCity: Walks in 1K+ Cities" which can be downloaded from iTunes App Store or Google Play to your mobile phone or tablet. The app's built-in GPS navigation functions allow following this walk route with ease. The app works both online and offline, so no data plan is needed when traveling abroad.

Image by Eden, Janine and Jim under Creative Commons License.