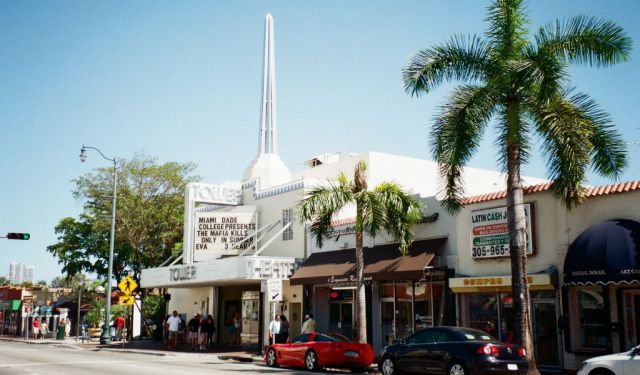 Relish the sights, sounds and vibrancy of multicultural Miami when you visit Little Havana, home to the city’s thriving Latino community. This is where a third of Miami’s two million Cubans live and is the best known neighborhood for Cuban exiles in the world.

One of the first things to hit you is the color, the vivid hues of the murals and shop fronts. Other senses are not left out, because as you stroll through the neighborhood the ever present aroma of strong flavorsome Cuban coffee swirls around you.

You will discover several nods to the past here. Go to the Cuban Memorial Plaza to see the monuments that commemorate the 1961 Bay of Pigs invasion and the Cuban Wars of independence of the 19th century. Among the sculptures is one of Antonio Maceo who was second-in-command of the Cuban Army of Independence. A walk through Maximo Gomez Park will introduce you to another characteristic sight of the locale, Cuban old-timers playing very competitive games of dominoes.

Little Havana’s main drag is SW Eighth Street (Calle Ocho). Duck into the restaurants and bars for authentic traditional foods, and polish off your meal with some coffee and maybe one of the hand-rolled cigars that the area is also famous for. Also on Calle Ocho is the Walkway of Stars that celebrates towering Latino entertainment figures, including Sammy Sosa, Gloria Estefan and Celia Cruz.

During a night out in Little Havana, catch a movie at the historic Tower Theater. This cultural landmark was built in 1926 and was the first theater in Miami-Dade County to offer titles in Spanish.
Image Courtesy of Flickr and Phillip Pessar.
How it works: A discovery walk features a route using which you can explore a popular city neighborhood on your own. This walk, along with other self-guided walks in over 1,000 cities, can be found on the app "GPSmyCity: Walks in 1K+ Cities" which can be downloaded from iTunes App Store or Google Play to your mobile phone or tablet. The app's built-in GPS navigation functions allow following this walk route with ease. The app works both online and offline, so no data plan is needed when traveling abroad.